Preparing Your Snowmobile For Summer Off-Season 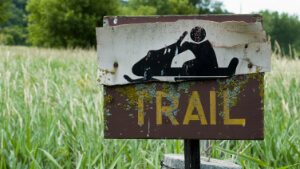 When you’re ready to store your snowmobile for the off-season, it isn’t as simple as parking it in the garage or storing it under a tarp in the backyard. Not taking proper care of your sled for the off-season can seriously damage both the exterior and interior. This could cost you a lot of money right at the start of your next season, which is not what you want to do. By taking the time to fully prep your snowmobile for months of inactivity, you’ll be able to get many more seasons out of your engine and battery. Here are the top objectives to complete before putting your sled to bed until the fall.

Now you can say goodbye to your snowmobile for a few months knowing that it’s protected and ready for the next season.